This forum is nearly identical to the previous forum. The difference? Discussions about comedy from the SOUND era.
Post Reply
4 posts • Page 1 of 1 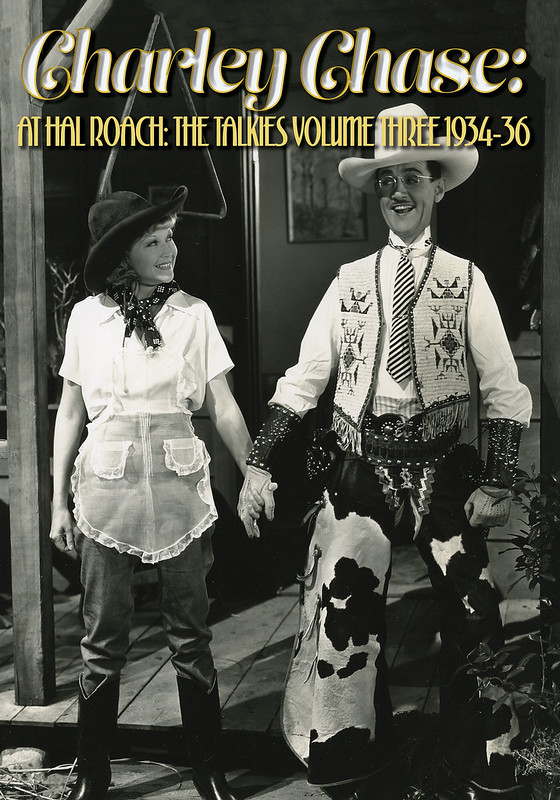 The Amazon page is up and running:

Well, as usual, there has been internerd nattering about this set since we announced it, most of it just happy chatter, and, also as usual, some of it nonsense pulled out of various asses asses.

The main bit of crap that needs to be commented upon is an assertion that has spread a little that Charley Chase Volume 3 is the “final” set being put out by the Sprocket Vault in the Chase series or anything else Roach. The word “final” has not been used by anyone involved with this or any of the Sprocket Vault’s product, we do not discuss what may or may not be in production in the pipeline, but we have NOT used the word “final” at all in any of the publicity for Charley Chase Volume 3. That word has only been used by people who have nothing to do whatsoever in any way, shape or form with the production of these sets, and have no special pipeline of information regarding them. As I said, pulled out of their asses.

As always in the past, we will announce future releases when they are ready to be released, and also, as always, the release of said future releases hinge upon the sales and support of the current release. So yep, it’s the same old routine, buy the set, put the word out on the internet about it, refrain from making bullshit about it, and of course, get those five-star Amazon reviews up there that is such a horrible, slave-driving cause of “distress and pain” for some of the pathetic whiners out there (like it takes any of you more than a minute or two to do those). Nothing has changed.